Miscanthus grass – to have or have not – that is the question. 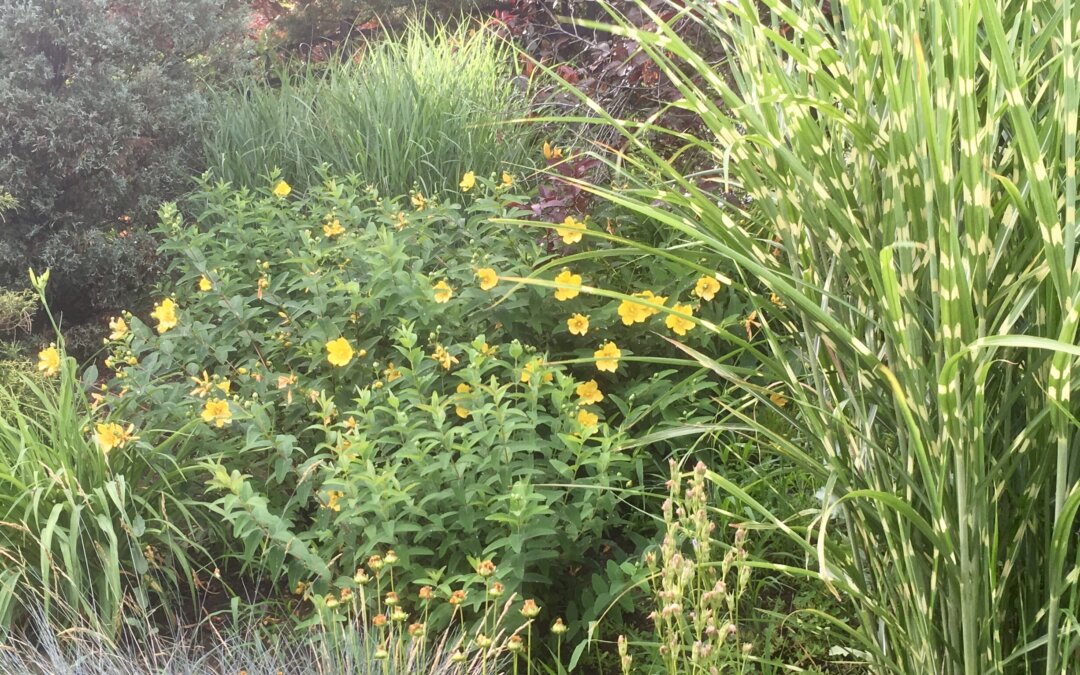 There’s no doubt, a tall, feathery and changing Miscanthus grass is a stunning plant for any garden that can house it. It’s a specimen plant that needs full sun and a commanding location. Pinkish plumes emerge in late summer and mature to a buff-silver in fall. Miscanthus delivers massive winter interest and attracts birds. Why wouldn’t you have it in your garden?

Well, if you’re researching it you’re likely to come across flashing warnings signs that might deter you. You should know however the push back comes from the undesirability of the species Miscanthus sinensis and sacchariflorus. In particular, M. Sinensis is a flagrant spreader that escaped from a test garden sometime in the 1950s. Experiments seem to be ongoing with the species to determine its viability as a bio fuel. None of the Miscanthus cultivars, and strangely enough not even the species, is listed as invasive by the Province of Ontario. I found only one web location that identifies it as “unwanted”.

So, if you’re like me, and careful to house plants that aren’t a make-work project, planting the right variety of Miscanthus is important.

A. study was done by Chicago Botanic Garden in 2010, to determine the number of viable seeds each of the Miscanthus cultivars produced. When the plants flowered was also recorded. It would appear to be a good idea to acquire a cultivar with low seed production and which is late flowering, to boot. Late flowering grasses might not have a long enough growing season to complete seed production)

I’ve listed the cultivars studied below in ranked order of invasiveness. I’ve learned during my research that the M. X giganteus and Zebra cultivars are considered safe to plant. Care should be taken to observe any invasive characteristics to curtail excessive spread and it is advised not to plant more than one cultivar. Responsible gardeners with property in close proximity to ravines, for example, should be doubly careful.

Miscanthus sinensis Bloom Time   No. of viable seeds per plant 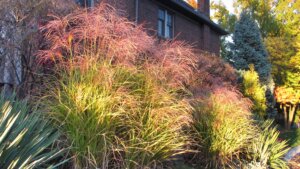