It’s March and the daffs are coming. 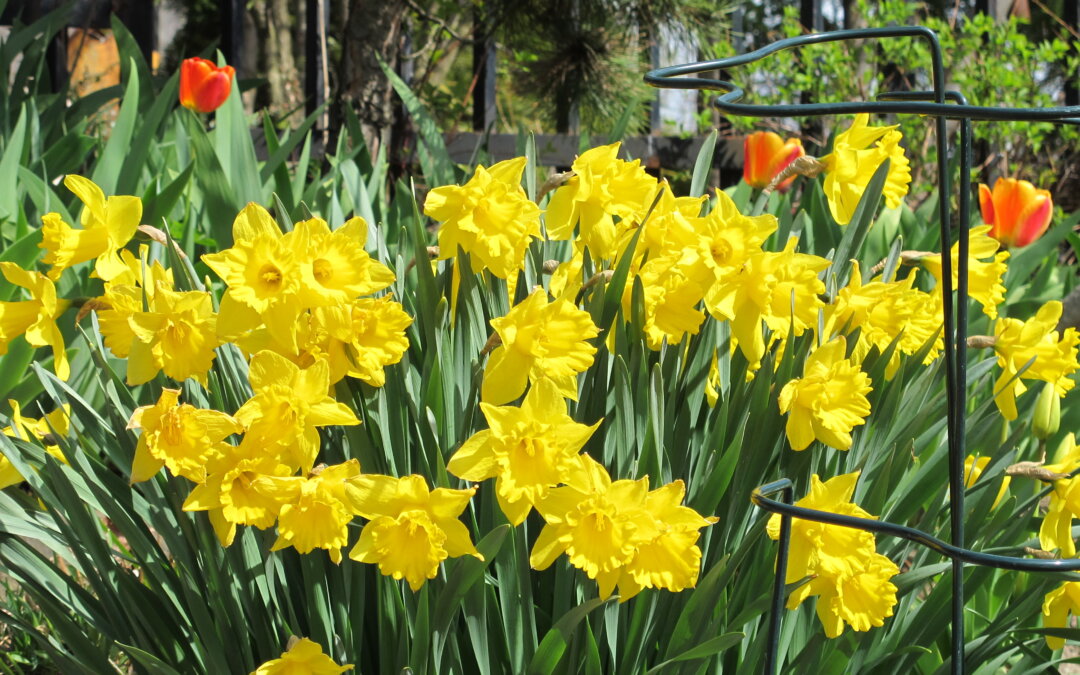 It’s March and soon the daffs will be showing. They remind me of my father and my youth. He was a market gardener, greengrocer, and florist in the NW part of Ireland. He grew many of the vegetables that my parents sold in their shop, behind and above which my family lived.

As well as harvesting the field vegetables, greenhouse tomatoes, and orchard fruits he had a sizeable area given over to an ever-growing expanse of daffodils. As children we were recruited to help in harvesting. It is the times we would go cutting the flowers to make bunches of daffs for sale in the shop that I remember every March.

We were told to only cut the flowers, not the leaves. He cut just the right  amount of leaves to make the bunches naturally attractive in the shop window. We weren’t told about science in those days but for sure he knew the importance of leaving the green leaves.

It was the leaves that allowed the plants to continue to photosynthesise and store strength to produce flowers the following year. Those flowers not selected for sale were dead headed later on. This ensured that the plant conserved its energy by not producing seeds. (Daffodils lifted for summer storage will not produce baby bulbs)

The bulbs were never lifted which allowed for baby bulbs to multiply. However, there were times when crowding became a problem and my father would simply cut through clumps of daffs to relocate away from traffic areas.

We didn’t fuss much in those days. Not like we do now. Here’s a Toronto Master Gardener ‘How To’ video on Dividing and Replanting Daffodils.